About half a dozen passenger vehicles including three new sports utility vehicles (SUV) and three new electric vehicles in addition to several upgrades for all its existing products will be launched by M&M.

Mahindra & Mahindra has lined up multiple launches across various segments to strengthen its market share as it prepares to spend Rs 15,000 crore over three years.

The slowdown in demand notwithstanding, about half a dozen passenger vehicles, including three new sports utility vehicles (SUV) and three new electric vehicles, in addition to several upgrades for all its existing products will be launched by M&M over the course of 18 to 24 months.

Close to 10 new models of buses and trucks and at least four models of tractors have also been lined up by the company. This is the biggest line-up of launches that have been planned by the Mumbai-based company in a period of less than two years.

M&M is the second-largest player in the commercial vehicle (trucks and buses) space, and the largest manufacturer of tractors in India. In the passenger vehicles (cars, SUV and vans) category, the company is presently ranked third behind Maruti Suzuki and Hyundai.

Pawan Goenka, Managing Director, M&M, said, “We have several launches coming up in the next 18 to 24 months. The most imminent one is the launch of e-KUV100. This should be happening in the first quarter of the coming financial year. The next one is the new Thar, which should also happen in the first quarter of the next financial year. And we're very excited about that launch.”

The first of the several joint products coming from the Mahindra-Ford collaboration will debut in the last quarter of the next financial year. The brand new platform, code-named W601, will spin off a cross-over SUV for M&M. Ford will release its own product on the same platform.

The Scorpio, one of Mahindra’s longest surviving models, will also undergo a major change. An all-new model, code-named Z101, will sport new features and styling and will debut in the first quarter of the financial year 2022.

Mahindra will also step into the mass mobility segment with the launch of an electric vehicle called Atom, which was showcased at the Auto Expo. This lightweight vehicle is a quadricycle that will compete against the Bajaj Qute.

An electric version of the XUV300, which was also showcased at the Auto Expo, will be launched in the middle of the calendar year 2021. This will be the most advanced and powerful electric vehicle by the company which is designed to provide a mileage of 300 km powered by a 40kWh battery pack.

“I'm not talking about the refreshes that will happen. There are several refreshes that are happening on many products. I've only talked about the new launches and platforms,” added Goenka.

M&M has already launched the Cruzio minibus in the Auto Expo with its 12-seater and 42-seater versions. An intermediate commercial vehicle, the Furio, will see five new launches during the next financial year while five have been launched already.

“The new range will be covering the 5.4 to 7.2-tonne range. And that will complete the range of commercial vehicles offered by us from 0.5 tonnes to 49 tonnes,” added Goenka.

In the tractor segment, the biggest launch will consist of a range of models from a common platform, K2, which has been developed in collaboration with Japanese giant Mitsubishi.

The K2-derived product launches will start from the middle of 2021 and carry on for almost two years as tractors with different horsepowers catering to different segments are launched.

“The K2 platform will have 4 different tractor ranges or horsepower ranges and designed for both domestic as well as international markets. The work is primarily or majorly being done in Japan right now in cooperation with Mitsubishi Agricultural Machinery. So this is a very ambitious major program of tractor development for us”, added Goenka.
Courtesy  moneycontrol​ 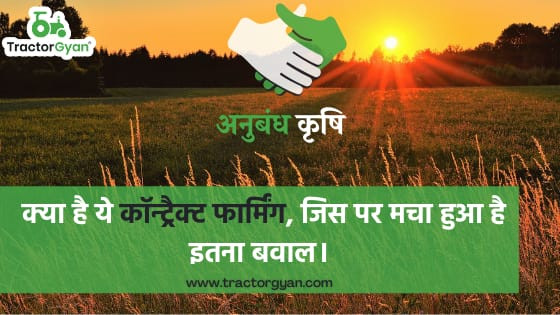