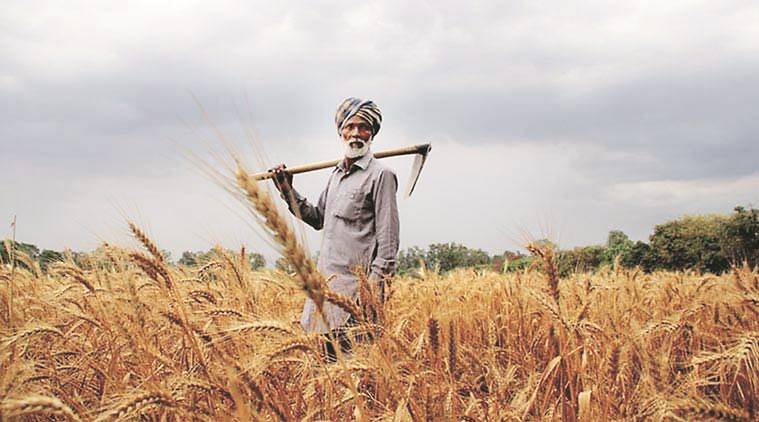 The National Bank for Agriculture and Rural Development’s (NABARD) 34th foundation day celebrations on July 12 saw a day-long deliberation on Prime Minister Narendra Modi’s call for “doubling farmers’ incomes by 2022”. This was an event at Vigyan Bhavan in the national capital, where the ministries of agriculture and finance and the NITI Aayog also pitched in.

Sadly, for all these concerted official efforts, there are ambiguities surrounding the dream itself. As professional economists, we feel compelled to state the challenges as explicitly as possible.

We may start by saying that nothing is impossible; dreaming big, that too for the long-neglected cause of farmers, is a sign of boldness. But the realization of any bold dreams requires four things: a clearly defined vision, a carefully crafted strategy for achieving it, sufficient financial resources to support the efforts and, above all, a champion minister/official/technocrat to lead and persevere on the path until the goal is reached.

In this case, the Centre seems to have faltered on the very first step, by not clarifying the vision itself. Consider the following:

First, there are no current estimates of farmers’ incomes. The latest available survey from the National Sample Survey Office (NSSO) is for 2012-13. There is an obvious need to launch a survey of farmers’ incomes for the current year (2016-17), which would provide a base against which the 2022 income levels can be compared. That would allow for assessing the actual performance vis-à-vis the dream outlined by Prime Minister Modi. Such a survey should be repeated, if not every year, at least every three years.

Second, it isn’t clear whether the target for doubling incomes is in real or nominal terms. This is critical, as the vision loses its novelty and valour if the target is in nominal terms. Nominal incomes, in any case, double in 6-7 years. The government’s grit is tested only when the dream is of doubling real incomes. Linked to this is the use of the right price deflator for estimating real growth in incomes. Here, it has to be the consumer price index for agricultural laborers (CPI-AL), not the wholesale price index or the GDP deflator. The reason for it is that we are looking not at the farm sector’s income, but the incomes of farmers emanating from diverse sources. Using any other deflator — like that used in one of the NABARD’s background papers for the event — yields misleading results.

Third, there are significant lessons to be gained by looking at historical performance. The NSSO’s situation assessment surveys (SAS) for 2012-13 and 2002-03 give a fair idea of the movement in farmers’ incomes, which we can term a business-as-usual (BAU) scenario. The SAS categorizes farmers’ incomes under four heads: (1) net receipts from cultivation; (2) net receipts from farming of animals (including poultry and fishery); (3) incomes from non-farm businesses; and (4) incomes from wages and salaries.

The accompanying charts give the compounded annual growth rates (CAGR) in nominal as well as real incomes (deflated by state-specific CPI-AL) of farmer households during 2002-03 to 2012-13, apart from the changing composition of these incomes over the same period.

Important takeaways from our analysis are:

* In real income terms, Odisha emerged as the top performer with a CAGR of 8.3 percent, closely followed by Haryana (8 percent), Rajasthan 7.9 (percent) and Madhya Pradesh (7.3 percent), as against a national average of 3.5 percent. The worst performers were Bihar and West Bengal, with negative real growth rates in their farmers’ incomes.

* Coming to sources of farmers’ income, the share from cultivation rose from 45.8 percent in 2002-03 to 47.9 percent in 2012-13. But the share of income from farming of animals was the one that grew the most, from 4.3 percent to 11.9 percent, while the contribution from both non-farm business and wages & salaries declined over this period. Thus, the highest growth was registered in receipts from livestock farming. And this was true, especially in states that showed overall higher real income growth rates.

The above data corroborates the fact that under a BAU scenario, nominal farmer incomes can double almost every six years, whereas doubling of real incomes needs a time horizon of more than 20 years. Clearly, if the aim is to double real incomes by 2022, the effort and resources necessary to achieve it would have to be at least three times that of current BAU-scenario levels.

One can cite just one example to illustrate the challenge this would entail. Most experts at the NABARD deliberations agreed that investing more in irrigation was critical to raising farmers’ incomes and the Pradhan Mantri Krishi Sinchayee Yojana (PMKSY) was an essential step in this direction. The Central allocation under PMKSY is Rs 5,767 crore in the latest Budget, while states put together provided over Rs 104,000 crore for irrigation in 2015-16. If one really wants to do justice to the Prime Minister’s dream, by trebling resources for irrigation in order to ensure water for every farm (“Har Khet ko Paani”), the minimum annual investment needed would be Rs 300,000 crore for the next five years.

Is anyone ready to commit this level of resources for irrigation? Even if money were allocated, do the concerned government arms, including in the states, have the capacity to spend that productively? Further, assuming they do have the capacity and it leads to, say, a doubling of crop production, can the system absorb it? Can this additional output be exported competitively? One has to think through all these before raising the pitch on doubling the real incomes of farmers.

That apart, some out-of-the-box thinking could also help. For example, can farmers’ fields be used to generate solar power by putting solar panels on them? Can this solar power further be given priority for feeding to the grid, and at 15-20 percent higher tariffs than what it costs to generate power by burning coal? This could, indeed, help Prime Minister Modi kill two birds with one stone: doubling real incomes of farmers and also achieving the targeted 100 gigawatts of solar energy generation by 2022!

Can the Prime Minister’s Office take this up and realize Modi’s dream?

Pradhan Mantri Kisan Samman Nidhi (PM-KISAN) is a scheme with 100% funding from the Government of In...

What is DBT Agriculture? Here’s How Farmers Can Avail Benefits

Launch And Overview Of The Programme The central and state governments initiated several schemes...