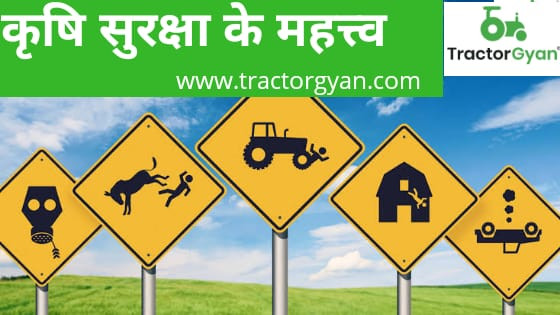 Agriculture has a daunting fatality rate as the occupation involves lots of risky tasks and physical labour too. Farmers are a prominent part of our nature and their safety should be our foremost priority. Farming in done amidst nature but there are several health disorders that can occur in nature too and some of these are listed below.

Pesticides are used to kill pests and insects in the crop but it can be very harmful to our farmers as the chemicals present in pesticides can impact various organs of the body. The level of impact depends on the duration of exposure, way of intake, and the dose of the chemical. Exposure to such pesticides can result in carcinogenic effects, neurotoxicity, immunosuppression and various reproductive effects.

Therefore, it should be our prime duty to save ourselves from such exposures while spraying Pesticides. The farmers should wear masks, gloves and every safety element that is necessary for their protection from toxic chemicals.

Another name in the list of agricultural-based ailments is Musculoskeletal disorder. The disorder is mostly caused due to heavy machinery and livestock. It is quite often for farmers and farm labours to lift heavy loads of to move such loads for various reasons like a sudden flaw in machinery, intentional blows of animals etc.

The disorder is a serious one and should be taken to be utmost concern.

Some chronic respiratory diseases also attack farmers. The diseases include

Asthma, Organic Dust Toxic Syndrome, Silo Filler's Disease etc. These can be due to gases that release after burning lots of agricultural waste such as weeds, plants residue etc.

Farmer should take preventive measures in this respect. Consult the doctor in case of any symptoms. Try to avoid inhalation of such toxic gases by using alternatives for burning items that release toxic gases.

Livestock is a major part of agriculture. Farmers rely on them for numerous works. Today also in most of the villages, oxen carts are used for tillage and various other farm activities. But sometimes they can become uncontrollable and can attack the handler causing him severe injuries.

Therefore, proper training should be given to livestock and you as a farmer should know the tactics to manage them.

Besides, if a farmer gets exposed to any infected animal then also he can get dangerous diseases like zoonosis. The diseases usually occur on coming in contact with an animal having any disease.

So, we should save ourselves from any unknown species despite taking all the precautions if you find anything unfamiliar or strange in your body functioning you should immediately consult a doctor.